This stunning ’68 Mustang Fastback was built on 22/11/67 sixty two days behind schedule due to a strike which lasted from 06/09/67 to 11/11/67 this car was the 8064th Ford vehicle scheduled for production at San Jose . This car was only one of 344 ever produced by Ford how many left now? The reason for such low numbers is that the car is white with blue interior, they were always black.

According to the first owner he ordered the colour Wimbledon white from the Ford dealer but due to the strike earlier that year and the demand for the new 68 mustang they offered him the same model car but in Acapulco blue. He refused to take a blue mustang instead so the dealer contacted the car plant who said they would repaint the Acapulco blue mustang to Wimbledon white the customer agreed. Ford did this process another 343 times to change the cars already built in blue to white which meant they had to strip car in order to paint it that’s what you call customer service . That’s why this car has a very unusual white colour and blue interior. I have found traces of blue paint under dash when fitting a Speedo cable so I know story is correct. I also had a report done on the car from Marti Auto works in the U.S.A and that shows Ford never said this car was blue only ever white they change vin plate to match how car is now.

The car was sold by Cutter Ford sales in north Hollywood California on 8/12/67 which ironically Dec 8th is my birthday. The car left California in 1995 and went to seattle to a new owner he sold it in 1997 to an English owner who purchased it for his brother. I purchased car in 2004 i was very lucky to find this car it has never been welded and has the original interior and carpet and most of its original parts apart from bumpers it was resprayed at some point in the states to the correct colour. i have replaced the complete front and rear suspension as it was worn and now it drives much better

It was fitted with the following options

The Mustang is meticulously maintained and always looks stunning in those all important wedding photographs. Please make an enquiry to secure the car for your wedding day. 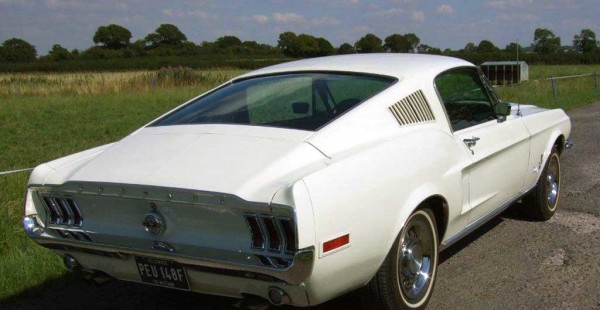 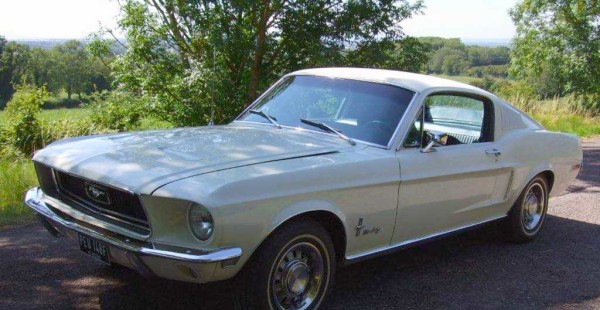 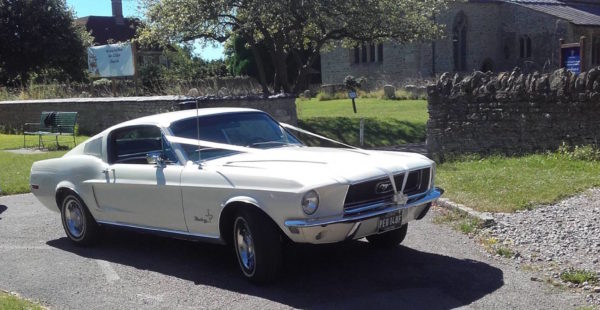 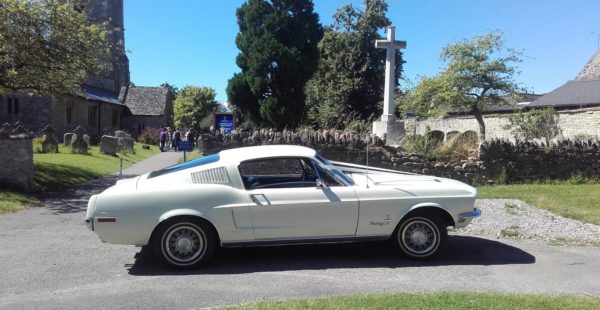