This car was originally imported from the US in 2006. The previous owner having spent $10’s of thousands of dollars on multiple upgrades which included a supercharger and racing suspension, brakes and exhaust.

The very first wedding I did in the Mustang was my own. I had been watching this particular car on eBay back in 2009 just before I was due to be married, my at the time soon to be wife, said, “you’ve been watching that car for days, why don’t you just buy it” so I did. Having never seen the car in the flesh, I took a one way flight to Glasgow where the car was located and the kindly owner picked me up from the airport and took me to see the car I had agreed to buy. It was stunning, everything was as described and more and it has taken my breath away every time I unlock the garage doors since.

The car sounds great, a throaty V8 growl as you would expect and a real head turner, I adore driving it, there just aren’t enough sunny days in the year. After doing my own wedding in the car, my wedding photographer fell almost as in love with my car as I had and suggested that other people might enjoy having it as part of their special day too. Since 2009 my mustang and me have enjoyed being part of many special occasions, weddings and proms etc. I am sure we will continue to help make many more grooms, brides and couples special day. 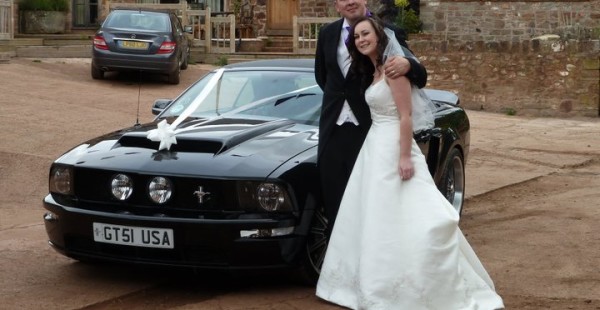 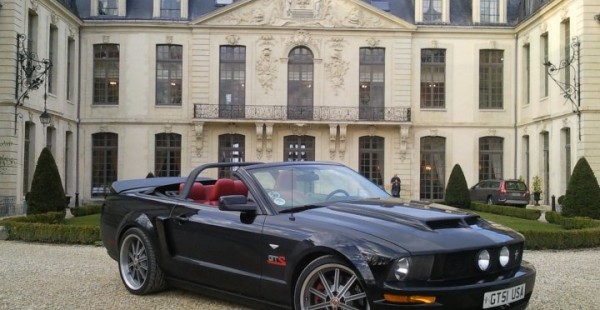 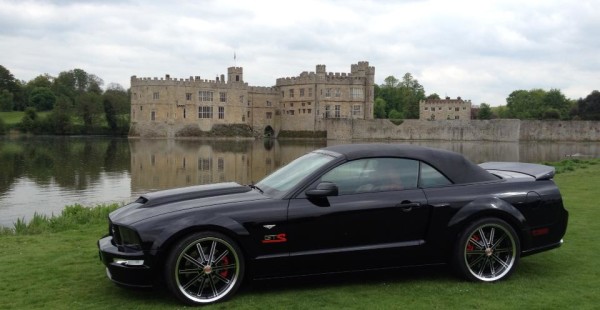 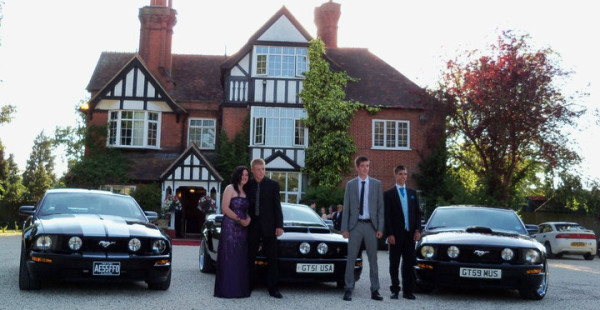 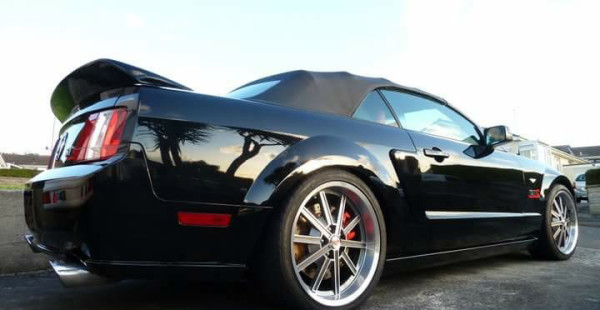 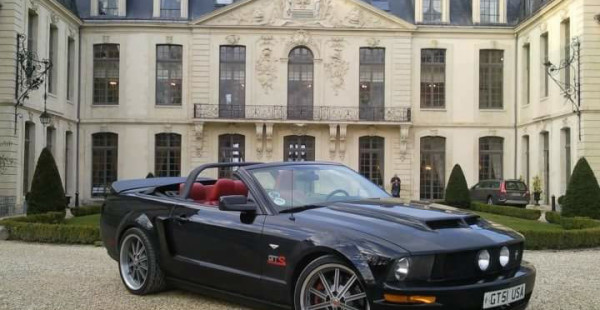 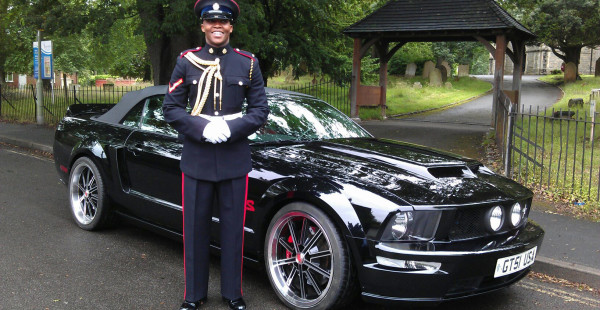 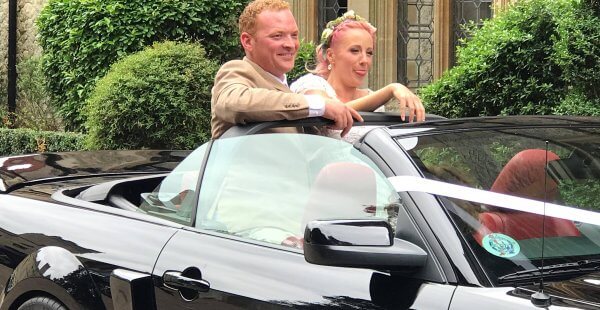 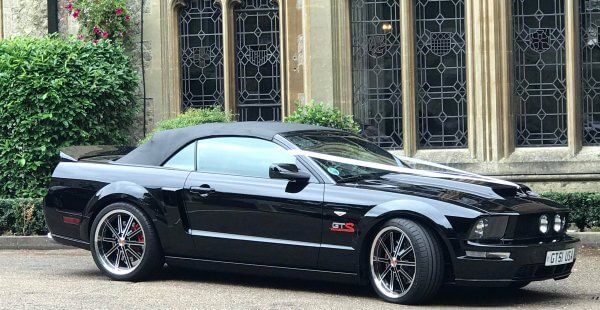 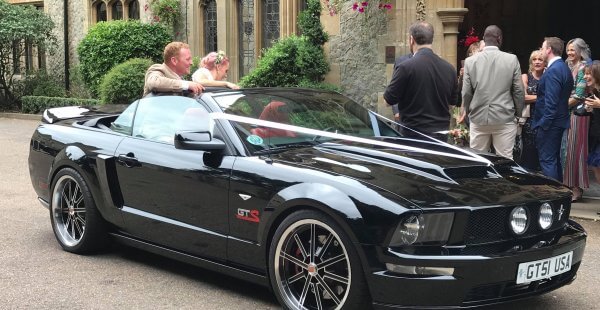 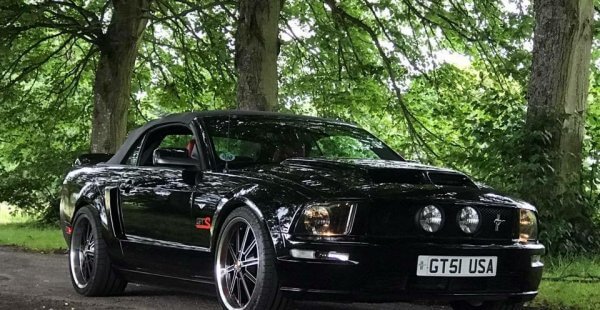