The launch of the limited edition 2008 Mustang Bullitt coincided with the 40th anniversary of the release of the Warner Bros. Pictures film that gave the original car its name. In the movie, legendary actor Steve McQueen drove a Dark Highland Green 1968 Mustang GT that gained cult status among Mustang enthusiasts, thanks to a seven-minute scene that film and car buffs believe defined the modern movie car chase.

Four decades after hitting the big screen and redefining the on-screen car chase, the Ford Mustang Bullitt returned to the streets in 2008, blending the best Mustang ever with the latest Ford Racing technology.  This modern classic delivers a balance of power and performance, thanks to special chassis and suspension tweaks as well as the 315 horsepower and 325 pound-feet of torque delivered through its 4.6-liter V-8 engine.

The Bullitt is an amazing car to make an entrance in. Not only does it grab the attention from the public with its beautiful curves, it also grabs the attention of your guests’ ears with its exhaust notes.  This car was tuned to sound like the original Bullitt Mustang – you’ll feel like a movie star as you rock up outside your venue!  The chauffeur will even dress like Steve Mcqueen if you wish to put a cherry on top! 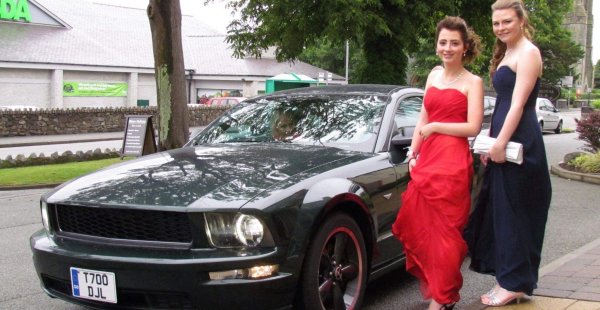